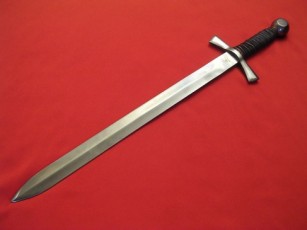 Also known as: two-handed sword, longsword, greatsword, warsword, claymore, and a whole lot of others depending on your reference material and the era you are writing in.

You’ve all seen this weapon in use on more than one occasion if you’ve ever watched a fantasy or Medieval set movie.  The broadsword is the most famous for being the weapon of the knights in that shining armor.  You’ve seen them used in The Lord of the Rings trilogy, Robin Hood: Prince of Thieves, Rob Roy, Braveheart, and well, the list goes on forever.

Why is it called a broadsword?  To answer that, I will quote my friends at the Maryland Renaissance Festival’s Fight School: the use of the term “Broadsword” did not become common place until it was found as a high commodity among Victorian collectors when they found this weapon abroad… and not sticking in one.  The weapon that most people are referring to when they say broadsword is actually the longsword.  However, it is not the “bastard sword”, as that is technically another sword known as the short sword (and we’ll discuss this at another time).

The first thing to remember about this weapon is that it’s heavy.  The average weapon weight was 5-7 pounds and can get larger and heavier as you head into the greatsword and warsword variations.  The blade alone measures about 3-4 feet long, and most who carry it wield it with two hands.  Using the weapon for long periods of time would make the wielder’s arms and shoulders hurt as they are learning to use them.  You would also have hand and wrist cramps from gripping the weapon, similar to carpel tunnel syndrome.  And like with any weapon, your thighs would be sore from the repetition of movements.

Using two hands, movement with the weapon is limited.  Imagine your hands gripping a sword handle (or a golf club) and try to attack without letting either hand off the weapon.  You’ll see that the fact you have elbows getting in the way that you can’t have the same moves that a rapier-wielding person would.

Because of the size, weight, and limitations of movement when fighting, this weapon tends to be the most barbaric of the sword family.  This is your “hack and slash” weapon, as most of the damage from it comes from swinging it instead of stabbing.  To be able to control where you want the weapon to go, you have to learn how to use the inertia from the blade’s swinging to direct it.  This is not a weapon to use if you want to create and fancy duel, but instead for the battlefield of carnage.

This weapon is hard to stop once in motion, and usually only stops when hitting an object or slowing down the upward movement of the weapon.  Trying to stop or redirect the weapon any other way can cause the wielder to get thrown off balance, and possible arm and shoulder pain.

One of the things that this weapon is known for is that because of the inertia and weight, it would kill people more from broken bones than actual stabbing.  It is also the weapon that will cleave off body parts easily.  Because of that, broadswords make excellent weapons for the zombie apocalypse and everyone should keep on in their closet or under their bed if they have this fear.

The best way I found to choreograph this weapon in your writing space is to have a fake sword to hold and move around your space with.  If you do not have an actual broadsword in your home, you can substitute the cheap foam swords found at any toy store.  You can also use a lightsaber type toy and just imagine the guard being there.  As a sidenote, broadsword fighting is one of the styles melded into the style used for the famous Star Wars weapons.

Watch a few movies that use the weapon in a historical fashion (and not a Matrix type fight or Star Wars) and see how the wielder has to invest their entire body in moving the weapon around.  Look at where they aim, how they attack, and how they kill.  Also remember that with any weapon, the fighter will also use their body to try and kick, hit, throw object, and block things coming at them.  Move yourself around to decide how you want to fight to look like if you were filming this for a movie.  Get a friend to come be a stand-in for the other character.  Write down every step.  Take notes on what your body did to get that movement and how it felt to you.

Don’t forget to add in the terrain your character will be fighting in when making your choreography.  A broadsword is used a lot differently in an open field than if you were in the middle of a heavily dense forest or in the middle of a desert.  Are there walls, boulders, trees, roots – anything that would trip up your characters or afford them cover?  Add in these elements to create advantages and disadvantages for both the character and his/her opponent.

Major writer tip: Do not write out your entire choreography on the page.  People cannot see the details in the beautiful scene you just created – especially if you go into the technical terms that describe the slashes, parries, etc.  If you are adamant on writing out the fight, find the novel of a movie that you have watched previously with sword fighting.  Sit down with both and watch the scene and then compare it to the novel.  The best example I have would be the fight in “The Princess Bride” between Inigo and Westley.  Please note that they are using rapiers and not broadswords, and use this only to see how to write a good scene you have the visualization for.  Watch it on the screen, and then see how Goldman views that fight through the eyes of Inigo as it happens.

The choreography you’re creating is essentially a piece of research you’re developing for the novel.  What you want to do is use the choreography as a guide to how they move, what may go on in their heads, and who wins and how they win.  You fill in those blanks with creative dressing that will let the reader have a sense of the speed, urgency and emotion in the fight, but not the step by step details of who moves where.  You want to show the fight, not tell it.

Below are some reference notes for the technical bits and pieces, as well as a few links to more information online.  Also, if you are able to go to the Maryland Renaissance Festival (August – October every year outside of Annapolis), spend a day and make sure to watch both Fight School performances.  The four men who work it are very knowledgeable and friendly, and you will get a lot of information on this weapon – and others – from them.

Main Parts of the Broadsword:

Pommel – this is Latin for “the tiny apple”.  It is the knob at the base of the sword.  It’s used for a few things: the screw that keeps the sword put together; an object to keep your hands from sliding off the hilt; a place to hold and use force when stabbing down; and you can use it as a blunt force object to hit or “pummel” someone (notice the change in the first vowel to distinguish the difference in word).

Handle –This is where your hands go to hold the weapon. This is NOT called a hilt (see below).

Quillion – the guard.  Basically, it’s the cross shaped piece that separates the blade from the handle.  Its main purpose is to keep swords that strike from sliding down the blade and cutting off fingers.

Forte’ – the unsharpened part of the blade; starting from the Quillion and up to about 1/2 to 2/3 of the blade.  This part is unsharpened for a few reasons, but mainly for a wielder to be able to lay a hand on the weapon and use it for defense if needed and not cut themselves.  This is also the strongest part of the weapon.

Foible – the sharpened part, or tip.  This is the part you would use to cut and stab people with.  It’s also the weakest part of the sword, and would be the part that broke off in battles.

Fuller – aka the “blood grove”.  It’s a center channel that some versions of the sword have cut into the blade in the Forte’, and its makes the blade lighter.  The channeling of the blood of thy enemy is a misconception.  It does, however, stop the suction that occurs when pulling the blade free after stabbing someone.

Hilt – mistakenly referred to as the handle, the hilt is actually three pieces of the sword: Pommel, Handle, and Quillion.  Basically, everything that isn’t the blade. 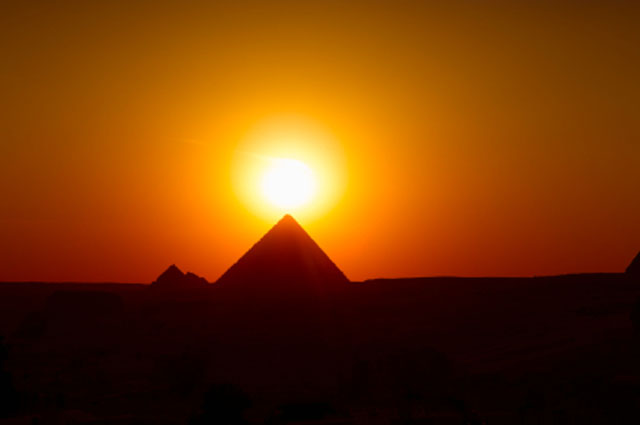 I have been ordered to take a break and eat lunch. #CatsOfTwitter #amwriting https://t.co/xif8JENDuC
h J R
@aliskyrichards

The downside to having cats as writing assistants, they are not fond of you missing the mandatory 18 naps of the da… https://t.co/N1JwR0YRAO
h J R
@aliskyrichards